Hey, I haven't forgotten about this! I let my subscription run out but now I have a new camera I plan to start posting again. We'll see how long this lasts this time, huh?
It's just been a slow week or so, unfortunately. Although were zooming our way further into the year there is still very little sign of any good weather approaching and frankly the overcast days just don't do it for me. Perhaps I need to learn how to use them to my photographic advantage too?
I certainly need more practice with my Canon. What I could kind of do with is a mentor actually! My first DSLR in a world of compacts & mobiles is really confusing me! But I'm looking forward to being able to take good shots, and not be scared of leaving the wrong lens at home. I currently am a little fearful for my Thailand holiday, and it's a little over a month away! What if I take bad photos? ;0;

I have been trying to get out with it though, although my idea of a photo a day quickly disintegrated! Lately the weather's been so cold we had a fair blotch of snow, which is starting to get really aggravating, especially when this time last year we were warm!

I went to watch my friend get a tattoo and got a few snaps as I waited, I quite liked this one with the studio name in the background.

And my last trip out has been Sunday, where the same friend and I went with her boyfriend & chidlet to the Birmingham MCM Expo, we had loads of fun and of course I spent way too much XD Can't resist ComicCon stalls, but how am I supposed to when they sell all the cool geeky things I want! I was particularly pleased with this buy for Mordecai, my car XD

Well, I hope to have more luck over the coming few days for weather and that. Keep an eye out! :]

This entry was originally posted at http://thylaylii.dreamwidth.org/341996.html. Please comment there using OpenID.

It's been a peaceful week this week thankfully, after Sunday anyway.
( Collapse )

This week has been....eventful. To say the least. I'll take you through it in the photos, so here goes.
( Collapse )

Well. You may've got the idea that I'd rather abandoned LJ/DW, and you'd be right, tbh.
Let's face it, I've been doing this since...2008 I think? I know loads of other people who have succeeded in doing their photo's a day, to posting a picture a day every year since they began. I've never been that good, every year there has been a period where I stopped for a month or so, and this year I was sure i wasn't going to stop when I managed to post every day up until June. Then I stopped. I worried and worried that I'd have to catch up and make sure I got photos posted. Then I realised. It was worrying me. I wasn't posting for enjoyment anymore, I was just posting cause I thought I should. I know people who'd stopped their photo a day within a week and I can at least find solace in the fact I didn't do that.
This may sound a bit like a goodbye but it's actually not, I guess it's a little self-indulgence in defence XD I've found so many people here on LJ that I look forward to hearing updates from I would feel bad to abandon you completely (please ignore the last month and a bit) so I'm going to carry this on as a weekly thing. I don't want the pressure of taking a photo of nothing every single day anymore. Instead, weekly I hope I'll be able to showcase both what I have been up to lately and some of my better photos from the week.
TL/DR: Parking Lott is now weekly, updating Saturday or Sunday.
Catch you soon guys :]

Saturday was a lot dryer and a lot less queue-y too! We made our way into the arena about 12ish I think and i got a few shots of the place just to show you some of the arena xD
We watcheda couple of bands and wandered the shops a bit, before checking out the band we all wanted to see that day, Tenacious D. They didn't disappoint, put on a really good show and even played a couple of skits with their songs, it was really cool.
I wanted to see a couple of bands after them but after wandering to the other side of the arena I didn't feel like squelching through the mud to get back to the tent i needed to be at, so we left and had drinks & curry night back at the hotel :]

This entry was originally posted at http://thylaylii.dreamwidth.org/341563.html. Please comment there using OpenID.

First day of Download we set out at about 10.30, to sit waiting in a queue for about 4 hours, plus another 2 hours we managed to add on by taking a detour down to a shop for lunch. Ah well. the arena was delayed opening cause of the conditions butby the time we were finally parked up about 4.30 most of the rain had stopped and it was just muddy as, luckily we'd all brought gumboots.
Because of the rain I didn't get many pictures today, but here is one of the queue and another of Prodigy who headlined on Friday :]

This entry was originally posted at http://thylaylii.dreamwidth.org/341403.html. Please comment there using OpenID.

Today Me, Tony, Ryan and Edward set off for Nottingham! We were staying in a hotel there before going to Download on Friday. It rained all the way there (good sign for going to a festival) so in the afternoon we went Go-Karting to take up some time (and cause Tony LOVES go-karts!) it was fun, though a shame we had to share the track with a family of about 6 so it was a little crowded.
I managed to forget to take a pic of the hotel, but I'll blame that on the rain...also Vernon's sunroof sprung a leak today and we had to bborrow some masking tape from the hotel to try and patch him back up, it seems to have worked for now though!

This entry was originally posted at http://thylaylii.dreamwidth.org/341014.html. Please comment there using OpenID.

It was the jubilee yesterday and today when I was up town I noticed they'd set up a display in one of the shops of all the things that were about when the queen came to the throne :]

This entry was originally posted at http://thylaylii.dreamwidth.org/340884.html. Please comment there using OpenID.

Easy one today, though it turned out to hard to get to this point and actually get a photo.
Vernon the MG was in luck today! (We actually drove around for an extra 4 miles to watch it turn XD)

This entry was originally posted at http://thylaylii.dreamwidth.org/340574.html. Please comment there using OpenID.

Alright time to stop putting this off I suppose before I fall much more behind and spam up your f-lists anymore xp
I didn't get a photo with my proper camera, only with my phone, this one of the Sunset which looked pretty cool while I was in work :] 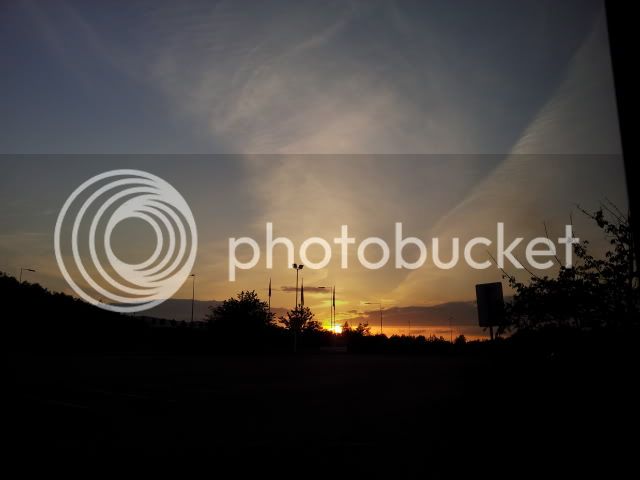 This entry was originally posted at http://thylaylii.dreamwidth.org/340457.html. Please comment there using OpenID.
Collapse